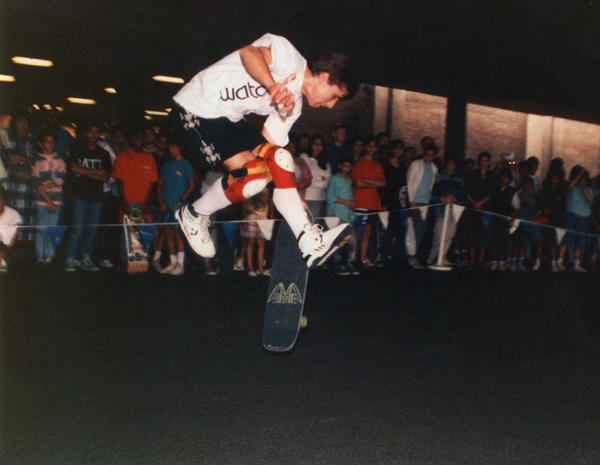 Rodney Mullen (born February 7, 1966 in Gainesville, Florida), is a professional freestyle and street skateboarder. He is considered by many to be the best skater in the history of skateboarding. Mullen is credited with inventing the flatground ollie, the kickflip (originally called the “magic flip”) in 1983, the heelflip, the impossible, and a long list of other original tricks. Mullen is credited in numerous skateboarding videos, and has authored an autobiography entitled The Mutt: How to Skateboard and not Kill Yourself.